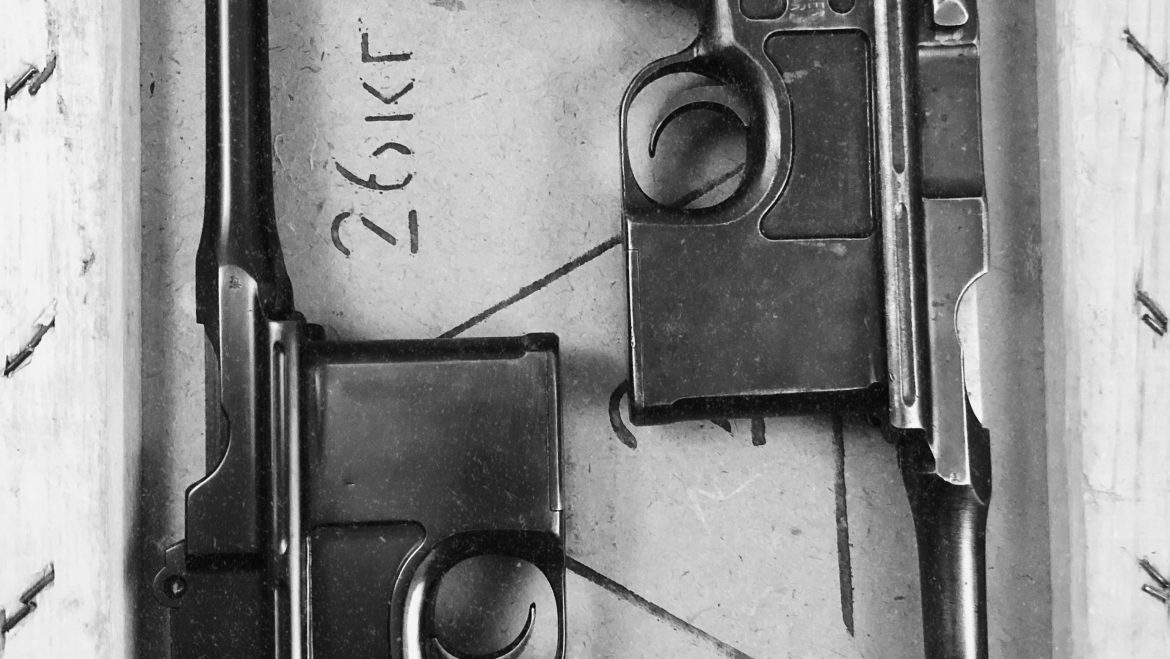 Key Info about the C96

History of the C96

Disclaimer: This is a BRIEF history of the C96. There are approximately 65 variants of C96 pistols/carbines in the book “System Mauser” by John W. Breathed Jr. and Joseph J. Schroeder Jr. If you are interested in more about the multiple variants, I suggest that book.

The C96 was originally designed by three brothers (Fidel, Friedrich, and Josef Feederle). Fidel was a higher up in the “experimental workshop” at Mauser. Fidel began working on what would become the C96 in the Mauser workshop. Paul Mauser, owner of the Mauser company was not thrilled to find out one of his weapons designers was working on a personal project while at work. So Mauser told Fidel to take the project home and work on it in his free time. So every week the Feederle brothers would get together and work on this project all the while keeping Paul Mauser informed of its progress.

In 1893/94 Paul Mauser was starting to see his competitors start to release semi-auto pistols (Bordchardt, Bergmann, Mannlicher, etc). Realizing the potential market for semi-auto pistols, Mauser called the Feederle brothers back in and took a personal interest in the new design. Truth be told, the Feederle brothers had just about finished the design before Mauser jumped on board so his input was minimal. Approximately a year later, some of the first prototypes were created.

Mauser patented the design under his name. There is no real evidence to why he did that but there is also no evidence that the Feederle brothers were upset by it (no one quit, no lawsuit, etc.). Some people speculate that it was because either the Mauser name was more recognizable or because Mauser was more experienced with patents. Either way, that’s why the Mauser name is on the side of it and not “Feederle”.

The new pistol was designated “The Recoil Loader with locking bloc, self loading pistol C96” or C96 for short. The first variant didn’t look too different from what we normally see. It was chambered in 7.63x25mm, had a more “traditional” hammer (like what you would find on a revolver), and a fixed rear sight. The next two variants were made quickly after the first. They were a 6 round and a 20 round version of the first variant. A shoulder stock was also developed (pretty common at the time) so that the pistol could be made into a carbine with ease. The shoulder stock also acted as a holster for the pistol (see pictures).

About a year after the C96 was produced, Mauser managed to have a private meeting with Kaiser Wilhelm II. The Kaiser loved the design and loved shooting it but unfortunately the German military did not adopt it. However, the Ottomans, the Italian Navy, the Austro-Hungarians, the Persians, the French Gendaremerie National, and later the Prussians during WW1 did have contracts with Mauser for a limited amount of C96 pistols. Each contract produced a new variation the a C96 as well.

Despite limited military contracts, the C96 did very well in the commercial market. The C96 was very popular in England and was bought by both citizens and British Officers. British Officers were allowed to buy their own side arms and preferred the easy to load, 10 round, semi-auto pistol to the standard 6 round Webley MKIV revolvers.

Fast forward to 1912, the C96 went through yet another update in it’s design. The new “1912 military model C96” has what is referred to as the “new safety” installed and the barrel was upgraded to 6 groove rifling. This was in response to the C96 losing the military trials to the P08 Luger. Despite it losing to the P08 and not being adopted as the standard military pistol, on July 28th, 1914 Germany went to war. In 1914 alone, the Imperial German Army had approximately 3.8 million men and was in desperate need to arm them. Germany ended up supplementing the army with the 1912 military model.

With the 1912 military model C96 being introduced, the German Army wanted to standardize all firearms to a handful of cartridges (honestly makes sense when you look at the Austro-Hungarian Army). So the Germans went to Mauser and requested the 1912 C96 be converted from 7.63x25mm to the standard 9x19mm cartridge. This was known as “The Prussian Contract”. This new variant was rechambered to 9x19mm and approximately 137,000 were produced by the end of the war. Armorers were responsible for marking the pistols on the grips to indicate the 9x19mm chambering. The most common indication was a “9” carved into the grips on both sides with a red paint filler (also known as a “Red 9”). However some were filled with black paint and some were not marked at all. If you believe you have an unmarked 9mm C96, have it checked by a professional prior to use.

After the Great War ended, the C96 saw some use with police forces in the new Weimar Republic. The Weimar Republic banned the private ownership of military issued/ military style weapons. So weapons like the “Red 9” C96 pistol were confiscated in hopes to replenish government weapon storages. In 1920, some C96 pistols were converted to the “Bolo” style and had the rear tangent sight replaced with a fixed rear sight. These 1920 models were the result of the Treaty of Versailles which stated no pistols could have a barrel over 4″ and banned the use of 9x19mm. All 9x19mm variants had to be converted back to 7.63×25. Despite this, some 9x19mm variants were never converted back to the 7.63x25mm but did have the barrels cut down and the rear sights replaced with a fixed sight. These confiscated C96 pistols that had been reworked will be marked with a “1920” on the pistol (see pictures).

After Adolf Hitler took power in Germany, he began to re-arm the German military with weapons that the Treaty of Versailles had banned. One such weapon was the M30 (that’s right, another C96 Variant). The M30 variant was made from 1930-1937 and went back to the original barrel length, original grip size, tangent rear sights, and had some of the “fine machining” done away with. In 1940, Mauser was contracted to produce 7,800 M30 pistols for the Luftwaffe. These M30s were produced using existing parts and were most likely issued to flak crews and motorcycle troops in the Luftwaffe. These M30 pistols were prized as trophies by allied troops who would “liberate” them from dead German soldiers. (Not all C96 pistols captured by allied soldiers were M30s. I know of one C96 that was captured that is a early commercial variant. The family still owns it)

The C96 pistol is one of the, if not the most recognizable pistols in history. It has been used in conflicts around the globe, has been produced in 3 different countries (Germany, Spain, China), has been carried by historical figures, been used for everything from target shooting to assassinations and has even been used in a galaxy far, far away.

The C96 pistol varies in value. The value is dependent on what variant you have, condition, has it been reworked by a gunsmith (E.G. refinished), are all the parts original and the serial numbers match, etc.

Typically you can find a C96 for approximately $1,200-2000 any day of the week. But C96 variants can reach up to $30,000 depending on what it is. If you are going to sell your C96, have someone appraise it for you first. You may have something worth more than you think. 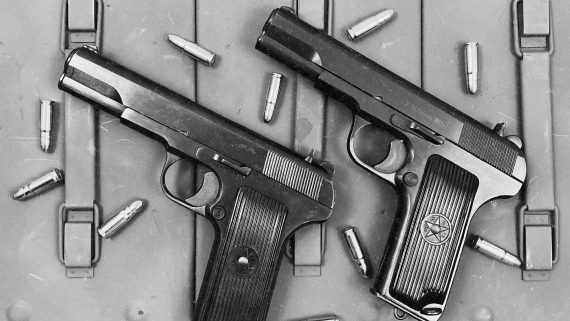