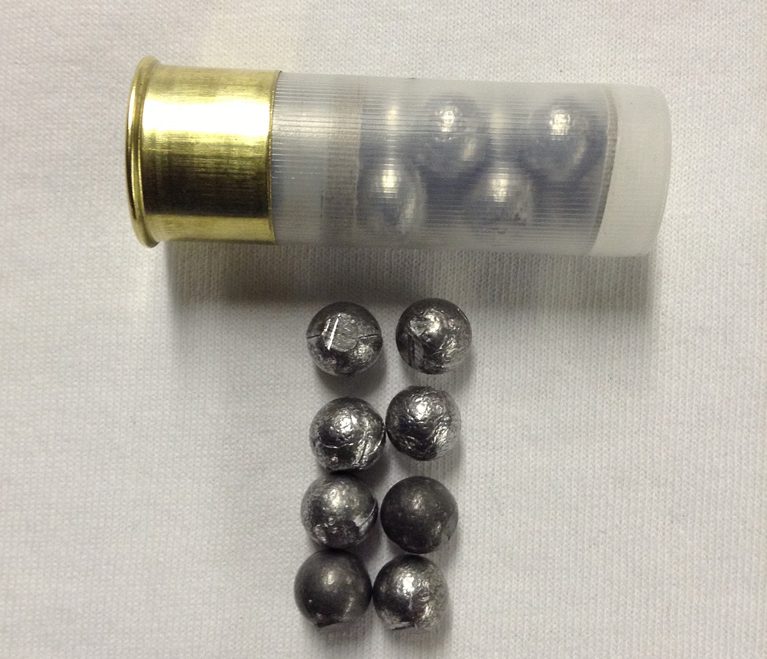 Disclaimer: This article is intended to help individuals gather the appropriate information to make an informed decision when choosing a firearm and appropriate ammunition.

Over the years, almost every gun owner in the country has been told at some point in their life that 12 gauge 00 buckshot is ideal for home defense. Many people take this information at face value and perpetuate the myth by either spreading the false information or giving unsolicited advice and pretending they know what they are talking about. So I’m going to break this down into the easiest way to understand it so that those of you reading this aren’t spreading one of the oldest Fudd myths out there.

The idea behind the myth.

If you are not familiar with firearms or are new to them, the thought that 12 gauge 00 buckshot is the ideal load out to use in defense of your home can make sense. Eight .330″ (8.38mm) pellets traveling at roughly 1,200fps can seem pretty devastating and effective. Tie that in with the fact that shotguns shells when fired “spread out” increasing the area that is being struck. The shotgun pellets are also traveling at a lower speed relative to rifle rounds so you’d think you’ll have less over penetration of things like walls. However, this is not the case.

“Buckshot won’t go through walls and kill your family in the next room unlike a rifle round.” This is the exact opposite of what will happen. Without boring everyone with the physics behind why this is wrong, I’ll make it very easy for even a child to understand. The larger the projectile, the more stuff it will go through. This is because the more mass the projectile has, the more mass will be needed to stop it.

Really simple, you have eight projectiles that are nearly the size of a 9mm bullet each being launched in a structure made up of relatively soft materials. The pellets will penetrate your dry wall and come out the other side with enough force and speed to kill an unintended target.

“The Buckshot will spread out after you shoot it so you don’t have to aim.” This is just pure bullshit. Typically a shot pattern will open up over several yards/meters. With 12 gauge 00 buck, between 60-70 feet (20-23.3 yards) you’ll see the pellets spread out to about 20 inches in diameter. So at 60 feet, you’ll have the eight pellets strike an area of about 20 inches.

Now consider this, 99% of you reading this do not have 60 foot hallways in their home. Most people have between 10-20 feet of space they could possibly utilize to line up a shot. Which means you’ll have a spread the size of your fist thats not only going though the bad guy you just shot, but the wall behind them as well.

Picture this, you’re at home, you, your spouse, and kids are in bed. You hear the front door get kicked in and a crazy guy wearing nothing but a gimp mask with an axe comes barging in. You run over to where you keep the scatter gun, grab it and go see where the murder gimp went. You leave your bedroom and see the murder gimp at the end of the hallway. So you start blasting. Well, while you were ventilating the guy, some of those pellets went wide and ended up going through your child’s bedroom wall and obliterating her pet hamster. Now not only did you save your family from a deranged man but you also murdered you child’s pet.

All joking aside, this actually does happen. Homeowners have had stray buckshot pellets injure other occupants in the home and there have been cases where the pellets have left the structure completely and ended up in the neighbors house. Every round, every pellet has a price tag attached to it. The dollar amount on the price tag depends on what the projectile hits. Meaning, if you have some buckshot go through a wall and take out the hamster you are going to be spending $30 on a new hamster and thousands in therapy for the child.

What to do instead.

If it is literally the only option available for you to defend your home then you do what you have to do. I suggest you avoid it if at all possible.

When choosing a home defense firearms, choose something that you are comfortable with. Use ammunition designed to dump all of its energy when it impacts something (e.g. hollow points). Also keep in mind, the less mass the projectile has, the less it will penetrate (there are exceptions to the rule but I’m not getting into that).