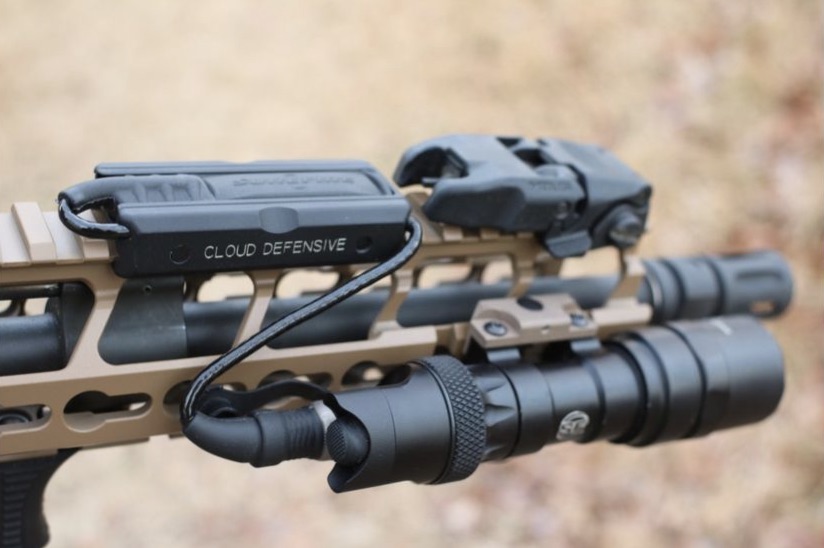 A myth perpetuated on social media is that you should not put a Weapon Mounted Light (WML) on your firearm for a multitude of bullshit reasons. So let’s break this down and show why it’s one of the dumbest myths in the gun world.

The idea(s) behind the myth.

As many of you have probably seen at one point or another, people will debate the use of WMLs quit regularly. In these debates you’ll often read/hear things like “Lights give away your position” or “You’ll just blind yourself when you point the light at a mirror“.

These thought processes most likely stem from Hollywood. If you watch movies or TV shows then you have probably seen the main character being chased down by armed individuals who keep their WMLs on the entire time. Yea, you can clearly see when the “bad guys” are coming when they are flashing light everywhere. Since people can be really dumb, there is the chance that they saw this in their favorite movie/TV show and thought “well that’s ridiculous”.

Well let’s look at a simple fact that has been known since life began, the sun is only out for roughly half the time. That big ball of light in the sky goes away and it gets dark. We as humans do not have the best vision when it comes to the dark. Our eyes rely on a decent amount of light to be able to see clearly. Without a certain amount of light, we can not make out what is lurking in the shadows. Hence why we have been making our own light through various methods for millennia.

Another fact is that our eyes do not adjust to drastic changes in the amount of available light very fast either. For example, if you are standing in a dark room and someone flashes you in the face with a flashlight. You are temporarily blinded. You can’t see for a few seconds and any hopes of regaining what little “night vision” you had is gone for 30-60 minuets.

As many of you remember from your gun safety class, two of the four cardinal rules of gun safety are “Never point a firearm at anything you are not willing to destroy” and “Always be sure of your target and what is beyond it“. Can you confidently follow those two extremely important rules if it’s dark? If you said anything other than “No” then you are lying to yourself.

Statements like “Lights give away your position” are just plain stupid. If you have a man wearing nothing but a Gimp mask, wielding baseball bat break into your house. You are not going to grab your firearm with a WML and try and sneak up on him with the light on. You are going to use the light to do a a few things.

The most important use of a WML in my eyes has to do with being able to identify your potential target. There have been many cases of gun owners shooting a family member who was sneaking in after curfew. Almost every incident is the same. They were woken up late at night, saw a figure sneaking in the house, did not identify the figure, and released the bees.

Remember, every round you fire has a price tag on it. The dollar amount on the price tag is determined by whatever you shoot. If you shoot someone you love in the dark, that price is unfathomable.

What to do going forward.

I highly suggest getting a quality WML for whatever preferred firearm you are going to use in a home defense situation. My suggestion is to look at Surefire, Modlight, or Cloud Defensive lights due to their higher quality construction. If you can’t afford those then a Streamlight will be adequate. Avoid cheap lights that you can find on Amazon or Wish.com because lets be honest, they are trash.

Once you get a WML, it’s a great idea to take a class with a reputable company/instructor to learn how to properly use it in “low light conditions”. If you choose not to take a class then at least do some research so you can be as proficient as you can be.

Using a WML is a time tested piece of gear that allows you to be able to be proficient in defending your home. You could allows go $12,000 night vision binos and an IR light and/or IR laser on your gun route, but that’s a tiny bit unaffordable for most people.